As Lead Modeller at Immersive Studios, Graham Jones not only creates a range of characters and environments on a daily basis, he also animates them too. Here, he discusses how markerless motion capture has helped make character animation quicker and easier.

Motion capture involves the recording of movement of objects or people. It’s used in all sorts of sectors – from military to film studios to video game development – but for the purposes we use it for, motion capture more accurately refers to recording the actions of human actors and using that data to animate digital character models. Traditionally motion capture is best achieved using a full motion capture studio, complete with many cameras which track the markers fixed to an actor’s body. But unfortunately, for smaller studios and one-man bands, often the cost of this can be prohibitive. That’s why the development of markerless motion capture – specifically motion capture suits – has been a real benefit.

We’ve been using the Rokoko SmartSuit for our markerless mocap. This is a whole body suit that contains sensors – each with a built-in gyro, accelerometer and compass – which record location, speed and orientation. These sensors relay data to a computer in real time, capturing the motions of the actor in the suit. We can then use the dedicated software to turn the motions into character animations.

So what are the benefits?

Using a suit to capture movement is much faster than either traditional mocap or hand animation. With a markerless suit, you can capture literally hundreds of different movements in a day, whereas you’d need several days to achieve the same sorts of results in a full motion capture studio. Which leads to…

Markerless mocap is a lot cheaper than hiring a studio, which – depending on setup – could run into hundreds of thousands of pounds. While still not what some might call ‘cheap’, these suits will set you back only £2000 or so, which makes it much easier for smaller, independent studios or game designers to afford.

Not only does the price tag make them more accessible, but these mocap suits also mean you can capture motion anywhere. You don’t need a full studio. You can even take them outside if you want to. The only thing to be wary of is anything magnetic interfering with the sensors.

The speed of capturing motions means you can animate more characters in less time, and the software has plugins for all major game engines, including Unity 3D and Unreal, as well as Autodesk.

Markerless mocap suits aren’t perfect by any stretch of the imagination. They’re always going to be better for stand still or casual movement mainly because they’re not completely grounded, so there’s a slight drift or floating limb that you may have to fix in post – something you wouldn’t get with a motion capture studio. As mentioned earlier, you can’t use it close to any large amounts of heavy metal, iron or speakers because the magnetic field will distort the results. And overall, the quality isn’t as detailed or as accurate as traditional mocap – but for the price and flexibility, it’s a great short cut for good animation.

If you’re after a way to create convincing character animations and you don’t have a massive budget to spend, then markerless motion capture is really useful. It’s accessible, affordable and it’s super quick and convenient. For smaller and independent studios, like us, it’s ideal. You get good results in half the time you would for hand animation – and when you’re up against a tight deadline, or you want to animate a large number of characters – this is invaluable. 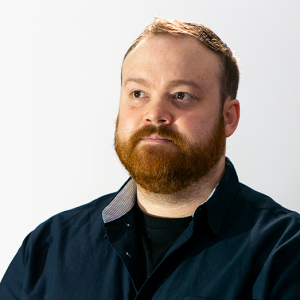 After studying Games Art and Design at NUA, Graham has had a varied career – from creating training videos for the oil and gas sector to music tour visuals to children’s TV. He joined Immersive in early 2016 and leads all the 3D modelling. Games design and history are his passions, so out of the office you’ll still find him creating historical 3D worlds. 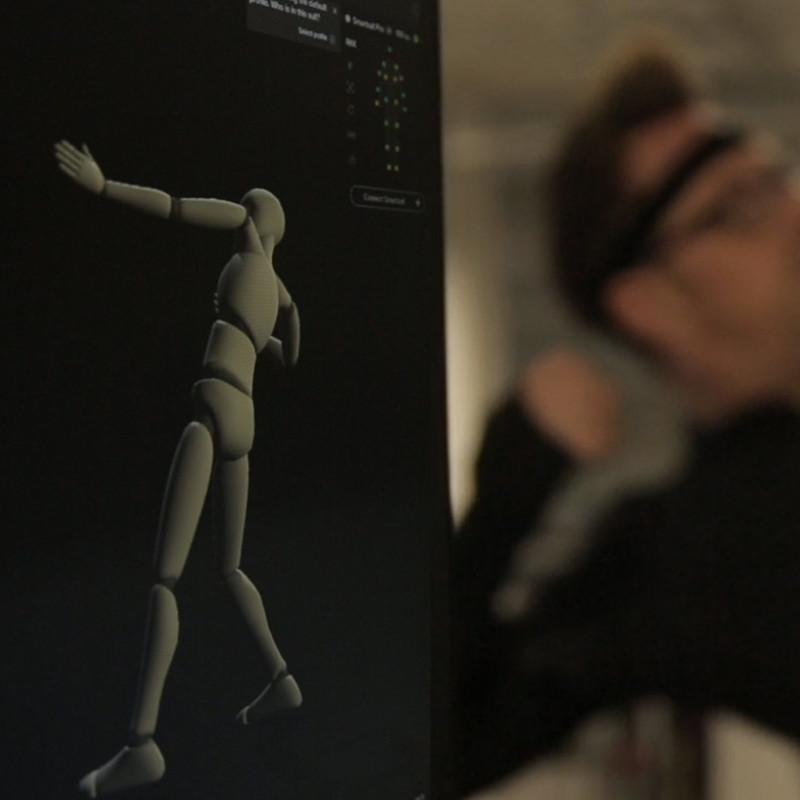